Governor Doug Ducey in partnership with Secretary of State Katie Hobbs announced today the investment of $9 million in CARES Act funding to support safe and secure voting in Arizona during the 2020 election season. The majority of funding will be distributed to county election officials to support their efforts including hiring temporary staff and increasing curbside voting locations. Additional dollars will support early voting opportunities, especially in rural and tribal communities, and additional PPE purchases for the health and safety of voters and poll workers on Election Day.

Earlier this year, Secretary of State Katie Hobbs and county election officials began working on a bipartisan plan to prioritize voter and poll worker safety, as well as increase access to voting options, during the pandemic. Today, Governor Doug Ducey funded the AZVoteSafe initiative that will provide resources and supplies to election administrators across the state to make sure Arizonans can cast a ballot safely.

“Voting is a fundamental right and duty in our democracy,” said Governor Ducey. “We’re working together to ensure all voters can exercise their right to vote safely this election. My thanks to Secretary Hobbs, election departments across the state and everyone working to make sure Arizonans can cast their ballots safely this year.”

“From the start we’ve said that Arizonans should not have to choose between their health and their right to vote,” said Secretary Hobbs. “With support from election experts and the Governor’s Office, we are going to make sure voters here don’t have to make that choice.”

More than half of the funding, approximately $5 million, will go directly to county recorders and election departments for COVID-19 response efforts, including hiring temporary staff and poll workers, increasing the number of secure ballot drop-off locations, and expanding curbside voting at polling locations. An additional $1.5 million is allocated to increase early voting opportunities particularly in rural and tribal communities.

About $1.5 million will be directed to inform voters of their options, including voting by mail, early voting, and steps to vote safely on Election Day. Secretary Hobbs added that voters also have a key role in ensuring safe voting experiences both on and before the Aug. 4 Primary and the Nov. 3 General. The Secretary of State’s Office issued the 2020 AZVoteSafe Guide that includes recommendations like bringing a pen to the polls and maintaining safe distances from other voters.

The balance of the funding will be used to purchase personal protective equipment and sanitation supplies for voting locations and will provide Election Day handwashing stations in some areas. County recorders and election departments across the state will receive:

For more information about how to vote safely in Arizona, or to register to vote visit Arizona.Vote. The Arizona Primary Election is on Aug. 4, 2020, to participate voters must be registered on or before July 6, 2020. 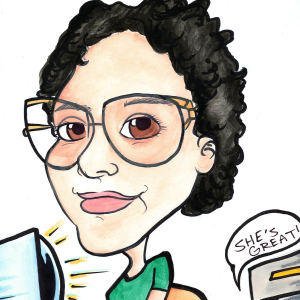 PrevPreviousRediscovering America: A Quiz for Independence Day
NextConfirmed coronavirus cases are rising in 40 of 50 statesNext